What’s in a Name?

Many people ask me where I come up with the names I use in my books. Fortunately, I only have to look around me to find the perfect name!

Michelle Alt is the heroine in Claiming a Cowboy’s Heart. While she was also in two other of my cowboy books, we didn’t know more about her than her last name, which came from a teaching partner of mine. The year I wrote my first cowboy book, I taught kindergarten at a Michigan Charter School with a wonderful teacher across the hall. We each had our own rooms, but shared many a day planning and lessons. Our students became one big family as we often went to each other’s classrooms for activities.

Michelle’s first name came from my own sister. I needed a name for this wonderful character who was strong and opinionated… and my younger sister came to mind. She is all that I’m not.

Let’s not leave out the hero… Preston Hall. Doesn’t he sound like he’s from a wealthy family? The name Preston was the name of one of my students last year. He was always a quiet child but when he’d open up, he’d shine. Like Preston from my book, my student Preston had a dream. He wants to be a helicopter pilot. If you mention anything about helicopters, he will talk and share all his knowledge. I knew that my cowboy Preston had that same drive and determination.

His last name was a throwaway one…I needed a name to go with Preston and felt that another long last name would be too much. Besides Hall sounded more prestigious. 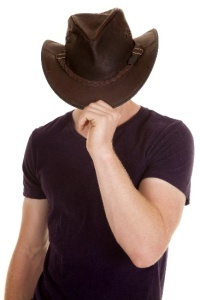 For the title of this story, I relied on a little help from my friends. I posted the question on my facebook page and everyone jumped in with helpful and not so helpful titles. My only criteria was that it had to have Cowboy and Heart. Claiming a Cowboy’s Heart jumped out at me…

How do you come up with names? Do you like when the names fit what you think the characters look like? 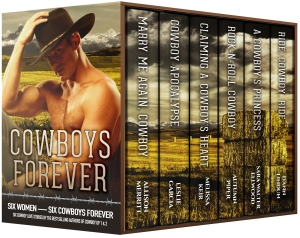 Even broken souls deserve a second chance at love…

Elementary Teacher, Michelle Alt’s faced untold trials in her life, yet she continues to do what’s right to make things better for the next generation.

Cowboy Veterinarian, Preston Hall has lost everything in order to follow his dreams and return to his grandfather’s small town practice.

These two broken souls recognize each other’s pain and come together to heal, but fear and misunderstandings send their blossoming relationship into a tailspin. Will they be able to put aside their pain to find the love of a lifetime?

With her floral shoulder bag hanging from her arm, Michelle Alt approached the dead raccoon. The smell overwhelmed her. Pinching her nose, she took deep breaths through her mouth. The full moon illuminated the intersection across from her school. People should learn to drive slower on this street. This time a raccoon, someday a child.

She squatted and dumped the contents of her purse on the asphalt. Removing the cheap dollar-store clothespin from her purse, she dealt with the smell and closed off her nose. The spring had just enough strength to press her nostrils together without hurting. With her hands free, she selected a yellow pair of sunglasses from inside her bag and slipped them on the raccoon’s face. A smile flitted across her lips.

“That’s a start.” Looking at the pile of junk sitting at her side, she removed a couple of more items, setting a red plastic cup with a paper umbrella next to the raccoon’s hand. Last, she inserted a small bottle of sunscreen between his arm and body then cleaned up the remaining materials, stuffing them into her bag.

It’s perfect. He looks like he’s resting in the sun. Another day at the beach for Mr. Raccoon. She glanced at her watch. Crap, I need to run. I hate asking Mom to watch my daughter for these little acts of willful disobedience. Thank goodness, she’s more than happy to watch Connie, even for, in her words, ‘a waste of time’. But I’m so thankful to have her helping me. I’d never be able to do it all alone. Standing, she slipped her bag over her shoulder, glanced down the street—no one in sight—and dashed off toward home.

A deep sigh escaped her lips. The porch light glimmered in the distance. Almost home and no one the wiser. I can’t wait to see what people think of this roadkill art. All caught up in her fantasy, she bumped into a brick wall. “Umph.” Michelle raised her gaze and locked on the fullest lips she’d ever seen. Are they as soft as they look? 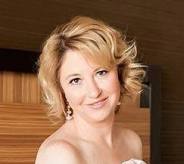 Melissa Keir has always wanted to be an author when she wasn’t hoping for a career as a race car driver. Her love of books was instilled by her mother and grandparents who were avid readers. She’d often sneak books away from them so that she could fantasize about those strong alpha males and plucky heroines. In middle school and high school, Melissa used to write sappy love poems and shared them with her friends and still has those poems today! In college her writing changed to sarcastic musings on life as well as poems with a modern twist on fairy tales and won awards for her writing. You can find many of these musings along with her latest releases on her website and blog.

As a writer, Melissa likes to keep current on topics of interest in the world of writing. She’s a member of the Romance Writers of America, Mid-Michigan RWA Chapter, and EPIC. She is always interested in improving her writing through classes and seminars.

Melissa doesn’t believe in down time. She’s always keeping busy. Melissa is a wife and mother, an elementary school teacher, a movie reviewer, an owner of a publishing company as well as an author. Her home blends two families and is a lot like the Brady Bunch, without Alice- a large grocery bill, tons of dirty dishes and a mound of laundry. She loves to write stories that feature happy endings and is often seen plotting her next story.

A PART OF COWBOYS FOREVER

An unlikely match made in Texas…

Greer Daily is happy running the ranch she inherited from her father until a resort opens up next door and unruly guests terrorize her livestock and destroy her fences. After she confronts two of them and the situation gets sticky, she finds herself venting her fury on sexy resort owner Guy Carter. But the smooth-talking cowboy isn’t getting out of this mess easily. She wants reparations for her trouble.

Guy’s first initial meeting with Greer could’ve gone better, but he hopes to placate her fiery temper by making amends for the fences. When a judge calls them out for being irresponsible and self-absorbed, then orders them to marry, Guy’s whole world is upended. Their choices: Six months of marriage or a month of jail time. How bad can a few months with the queen of the cattle range be? Heaven if he can get her to bend, hell if she maintains her starchier than pressed jeans attitude.

Just as something deeper than friendship blossoms between them, Guy’s personal assistant throws a wrench into the marriage of inconvenience. If Greer and Guy can’t overcome that particular pothole, they have more to lose than their freedom–a lifetime of love.

Can a former Marine and a Hollywood diva facing apocalyptic changes in their lives salvage new beginnings together?

When Stone Winters joined the Marines, he always meant to come home. A woman’s impossible dream kept him away so long that he doesn’t think there’s anything left—especially not when he meets Price Adams, a film star with another impossible dream. He just doesn’t think he’s up for that again.

Price Adams traded in a childhood on her grandparents’ ranch for Hollywood glitz in spite of being a teenage mother. Torn between the stardom she won and full-time custody of her daughter, she accepts one last role—in Cowboy Apocalypse, an inane movie about zombies being filmed on ranches around deep south Texas. Burned by men more times than she can remember, Price doesn’t want a man in her life—especially not one who looks down on her career and the courage she needs to let it all go.

Never judge a rock band by its cover song.

A cowboy leading a rock band? Logan gets an earful from his dad every time he leaves the house to perform. His rock persona destroys his ranching cred with the old-timers, and sticking to the cowboy life instead of running off to Hollywood cost him his girlfriend. Yet, he dreams of success in both worlds, and he’s determined to find a way.

Melody agrees to run a publicity campaign for a local rock band, fully immune to the sexy lead singer’s magnetism—she had childhood experience with a rocker’s absences. Still, Logan is charming, and vulnerable. And persistent…

Logan can tell Melody’s PR plan is his passport to popularity. He has to keep his hands off her, or he just might blow his one shot at making it big.

Oil and water don’t mix…neither does Texas oil royalty and an ex-Navy SEAL turned rodeo cowboy until danger forces them together.

All retired Navy SEAL turned rodeo cowboy Justin Tanner wants is to get to his next rodeo when a vision in a pair of tight fitting jeans walks up to him and hands him his deepest desire on a silver platter—the deed to his father’s ranch, land her grandfather had swindled him out of.

Lacey Mackenzie is true Texas oil royalty, but when her grandfather dies and leaves her the keys to the kingdom, she finds herself with more enemies than friends and only Justin’s name as the one who can protect her, but can he after she discovers only the oil under his promised ranch can save her company. When her enemies attack, he’s duty bound to save her, but can he give her the one thing she wants after a hot night of passion—his heart?

Can they find freedom together?

A locked up heart.

After imprisoned in a federal penitentiary for ten years over a woman’s betrayal, the last thing Lyle Landry is looking for is love.  A quick tumble?  Sure.  A cold beer?  Absolutely.  And then he’s on to the rodeo circuit to reclaim his title.

After her ex-husband leaves her high, dry and dead broke, another man isn’t high on Sarah Reed’s list. Especially a sexy ex-con who makes it perfectly clear he’s not interested in more than a one night stand. But his determination to make something out of himself impresses her more than she wants to admit, and she falls hard for the cowboy.

Other Cowboy books by Melissa: