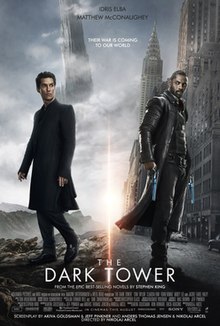 I have to confess that I’ve not read the books in this series. And while I didn’t mind the movie per se, it did seem unfulfilling. And some parts, like the end with the bad guy, were too easy and made no logical sense.

However, I wasn’t basis, since I haven’t read the books like my husband who grumbled ever so often, I didn’t mind some aspect that irritated him.

Overall, I thought the movie was okay and now had me more curious about the books.

Who does he think he is? Why was she nearly naked? What a dirt bag, standing there gawking. “What are you doing?”
“Addie, I didn’t—”
“My name is Adeline,” she said between clenched teeth. Finding her shirt on the floor she snatched it up and yanked it over her head then snatched up her jeans and boots.
“Listen, it’s not what you think. Let me explain.”
She halted. This had to be good. She narrowed her eyes, and said, “Make it quick.”
If fury didn’t scald her veins, she’d have laughed. Jack’s gaze lingering on her face as if daring to ease some of the rage boiling through her. She had no qualms about checking him out. He wore a pair of navy briefs and had chiseled muscles all over. Not just his upper body like many men who showed off at any chance they got. Not Jack, he was toned all over. Forget that. Remember you were nearly naked.
She detected the faint whiff of heated musk. What happened? Vague images of caressing and kissing. The feeling of ecstasy, as if his touch nearly brought her to orgasm. Why couldn’t she remember?
No way. No one could bring a succubus pleasure unless the bracelet made her human in that regard. Then if he was one of her kindred, he could make her do whatever he wished. Is that what happened? And when he stopped touching her the power waned?
“Let me explain, I—”
“Bastard, you’re an incubus?” Normally, succubae and incubi didn’t mate as each grappled for sensual energy which left neither satisfied. Only exceptions were half-breeds, but she hadn’t met one of those in centuries.
“A what?” For a fleeting second, a look of understanding crossed his features. So he’d at least heard about her people.

Her lips parted, her tongue moistening them, and his nature
roared in his ears to take her. Clenching his fist, he used all his
strength to wait for her nod and carry her back to the rocky coast
rather than devour her mouth with his.
After he set her on the rocks, she scrambled away from the
water’s edge.
“Don’t forget your promise,” he teased, but he couldn’t help
it. Any more staring at the blush on her cheeks and chest and he’d
forget his vow and claim her. Even her erect nipples straining against
her wet lace bra made him dig his nails into his palms.
She huffed and snatched up her towel. Thankfully, it reached
just below her butt, leaving her long legs exposed for his admiration.
Then she batted her eyelashes at him. “I would never give you the
satisfaction.”
“Of which?” He beamed. “Drowning or bathing?”
“Both.” She inserted the corner of towel between her breasts,
locking the rest of it around her, and then grabbed her canteen. “Uh,
thank you for saving me.” She shivered, and he doubted it was
merely from the dunk in the water. “Please don’t tell the others; it’s
embarrassing.”
After his nod, she breathed out a sigh. She looked as if she
anticipated that he would haul her back into the water for a lesson.
Her movements reminded him of abused animals. He speculated
most people, who couldn’t swim but grew up around water, would
try to learn unless they experienced drowning or trauma in the past.
Could that have happened to her? There was more to this situation
than her usual stubbornness. Vulnerability even.

To read the next author, click on the MY SEXY SATURDAY Link

Many writers debate having a prologue or not. When I first wrote Cheyenne Storm, it had one. However, at the advice of a few beta readers, I cut it from the manuscript.

However, I’ve had many readers asking for more and deleted scenes from my novels, so here’s one:

“Ouch. Don’t pull so.”
“I doubt I hurt your hard head.”
Once the maid finished, Sylvie waved her away.
It was quiet, so she glided to the end of the hallway and stopped at the edge of the stairs.
The fire crackled in the marble fireplace in the foyer. She saw the edge of her Grandfather’s shoulder.
On her tiptoes, she leaned forward and observed him with a cigar. With a piece of kindle from the fire, he lit it.
Smoke puffed out as he strolled into the library. She glided down the stairs. So he would not see her, she nestled against the massive vase and banister.
The scent of tobacco lingered in the air as she followed him down the corridor.
Inside the library, she ducked underneath the couch designed with red, purple, and blue flowers. From underneath she peered up at him.
He reclined in the plush leather chair.
The butler, Louis placed a silver tray on the mahogany table beside him. It held a glass of red wine and a crystal pitcher filled with more. “Sir, another letter arrived late yesterday for Madame Jacqueline.”
Her grandfather frowned and downed his wine in one gulp. “From Joseph?”
“A young boy brought it by.”
He waved his hand. “Add it to the others.”
Their butler, Louis, stood still. Sylvie thought he pretended to be a statue, but then he shifted his weight.
“Louis?”
Instead of answering, Louis stared at the floor.
Her grandfather grumbled and grabbed the letter. Across the marble floor, his heavy footsteps echoed. At the bookshelves, he snatched a book from the shelf. Once more near his chair, he flopped down. His teeth clenched the cigar as he placed the letter inside.
This book is indistinguishable from any other. What makes it so special? Sylvie thought. Maroon cover and thick width, but when opened held no pages, only a compartment full of letters.
“Shouldn’t Ms. Jacqueline read one? She weeps in fear he’ll never return.” Louis spoke quietly. “And the storm—”
“That’s the idea.” He slammed the false book closed, then tossed it on the table. The empty wine glass vibrated at the intrusion. “God provided an excellent touch, though.” He held up his crystal goblet, which Louis refilled. “Better he die at sea, so she’ll have no reason to chase after him. He claims he turns into a wolf after one bit him and lives among the savages. His motive is money and I intend to have my daughter cleansed from this infatuation and remarried before I die.”
“But sir. You’re Catholic, we don’t believe in divorce.”
“But if Joseph dies or she thinks he’s dead—well, I’ll allow her time to mourn. She’ll reject the idea if the Marquee precedes t—”
A sneezed tickled her nose before she could stop it.
Her grandfather reached underneath the couch and hauled her out.
“You’re not to tell your mother any of this.” His green eyes narrowed and his cheeks blotchy.  “Do you hear me?”
“But why?” Her lip trembled. “Papa’s good to us.”
“No, mon chére. Your father writes that he loves another.” His fingers warmed her shoulders. “He confessed to me that he wants our money. You and your mother’s money.   This story of him and wolves is a ruse.”
“But he loves us. I-I’m his—.” Tears caught in her lashes as she glanced at the hollow book.
“He has another wife in America. They’ve a newborn son.” Her grandfather hugged her tight. “He told your mother how disappointed he was that you were a girl.” She cried into his shoulder, her sobs shaking her. “Now, your father’s letters would crush your mother.” He nudged her chin up. “We must be strong for her.”
She bit her lip but nodded.
“Let me handle things. I’ll give your mother the letters later.” His smile faltered.    “Maybe your father will come to his senses and return to us.”
She rubbed her nose and sniffed.
Her father would come, he promised. He always kept his promises. Didn’t he?
“Don’t tell your mother about this.” Her grandfather gestured for her to go upstairs.    “She’s not strong enough and this will kill her. You don’t want to kill your mother, do you?”
She shook her head and dipped into a curtsy. Rising, she then kissed her grandfather’s cheek.
Sylvie was sure her father would come.
Afraid to stay for further punishment, she scooted out and went to her room.
***
The next morning, Sylvie crept towards the veranda. Already, her mother and grandfather ate breakfast. Her grandfather sat at the head of the table, her mother to his right.
She stopped at the archway when she heard her mother sobbing. “I prayed….”
“I know.” He patted her hand. “But the storm last night broke their ship apart. Dead bodies litter across the beach.”
Was it true? Father was dead? Sylvie’s stomach clenched like she would be sick.
“I…I can’t live without him.” Her hands wrung each other as tears fell down her pale face.
“Hush. Don’t speak nonsense. Think of Sylvie.”
Her mother nodded. “She’s fatherless.”
Sylvie ran her tongue over her mouth where she had bit her lip before and tasted a trickle of blood, hot and metallic.
No. He could not be dead. Then she remembered her grandfather’s words. Perhaps God punished her father for his sins. For loving a son more than her. Tears stung her eyes, but she blinked them away.
“She won’t be,” he soothed. “You’ll marry again.”
Her mother’s head snapped up. “Never.”
“After a sensible mourning,” he grabbed a roll, and sliced it opened, smearing butter inside, “you’ll marry the Marquee.”
“I’ll never marry him or anyone.”
“We’ll discuss this later.” He took a bite.
“There’s nothing to discuss,” she whispered.
“Enough.” He spotted Sylvie pressed against the archway and motioned for her to join them at the table. “Louis, these rolls are cold.”

Sign up for her newsletter and receive advance notice of sales, contests, new releases and more:
http://eepurl.com/brhxVb