Movie Review: Birth of the Dragon

Movie Review: Birth of the Dragon 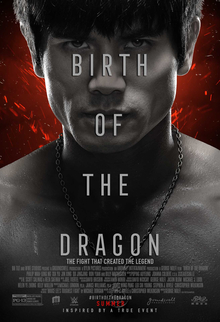 “In 1964, a young Bruce Lee (Philip Ng) owns and operates a San Francisco Kung Fu Academy, specializing in the Chinese martial art Wing Chun. Lee cares for his students, providing advice, roles as extras in his upcoming projects, and defending them from the gangs of Chinatown.”1

Wong Jack Man, a shaolin monk, has come into town. He is doing pentence for fatally kicking an opponent. Bruce Lee thinks Wong is in town to punish him for teaching Kung Fu to whites.

There is one battle between Wong Jack Man and Bruce Lee.

I had high hopes for this movie but at the same time, I wasn’t expecting much. Philip Ng did have many of Bruce Lee’s mannerisms down. The fight choreography was basic with a few frills thrown in here and there. Overall, I didn’t think it was a bad movie, but thought it could’ve been much better. In the beginning of the movie, Bruce Lee is portrayed as arrogant and prideful. However, he does redeem his character toward the end of the movie.

I think if this was a movie, where all characters were fictional and not based on two legends, then it would be a B+ movie. However, since it depicts not only Wong Jack Man but ledendary Bruce Lee, I feel it falls a little short of both.