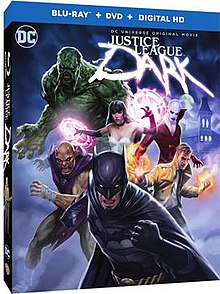 Even though a cartoon, this is not a movie for young children. It lives up to it’s Dark name. Batman must recruit sorcerers and magic users to combat an evil entity who is causing normal people to hallucinate and kill others. There were new members of this cast of unlikely heroes that were new to me.

The storyline moved along quickly and I found myself rooting for Zatanna on several occasions. Constantine was a conflicting character that you love to dislike.

Overall, a refreshing cast and storyline. Curious how these will be incorporated into future DC movies.