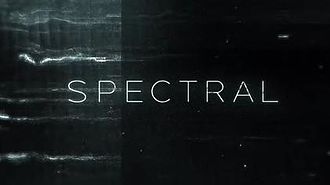 Spectral is a Netflix movie and has a great cast and premise. This is a military sci-fi movie with great bad guy.

Military men are being instantly killed when ‘beings’ that are nearly invisible to the eye attack them with a touch. Guns, grenades, and anything we have are useless to them. Then  DARPA researcher Dr. Mark Clyne is flown in as his goggles giving to the military help to view the apprehensions slightly. When a blast of iron hits one of the beings, Mark notices it slows it down. Later, they discover that certain material, the creatures are unable to penetrate — yet they can move through a tank.

This movie did slip on some scientific facts, but for the average person, it would be easily overlooked. I liked the idea behind the creatures and you might just have to watch it to see if you agree or not.