Instead of scowling at her, like he usually did when she lost a sparing match with him, something flashed in his eyes. Impression? Desire? No, couldn’t be that. His breath of vanilla and mint washed over her, and she couldn’t stop staring at his mouth. Had it always been full with a dimple on the side of his cheek when he smiled?

“Guess I took you by surprise that time.” She forced her eyes from his mouth to stare into his gold flecked brown eyes. “Maybe you need to up your game?”

Without a comeback, he lowered his head and brushed his mouth across hers. Tingles spread through her. Before she could react, he pulled away and stood.

“Now who’s off?” Tommy smirked and his dimple deepened.

Obviously she was. Tommy didn’t like her, not in a romantic way, he couldn’t. They’d spent years together ever since the Uncles faked their death and became their guardians. After their foster parents were killed, the Uncles were the only ones they and their dad trusted. She thought she knew men; she’d been so sure Paul was the good guy he pretended to be. And it had all been a lie.

Tommy placed his hands on her shoulders until she looked up at him.

“Don’t bring him into your thoughts.” His brown eyes softened. “He’s not worth it. You are so much better than that scum.” 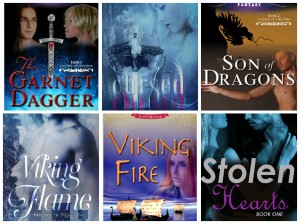 2 comments on “My Sexy Saturday”