W is for Wulfkin….and T.F. Walsh

Cloaked in Fur sees rebellious Daciana cast into a life-threatening adventure against her will to uncover who is killing her friends before the predator sets its sights on her.

She’ll do whatever it takes to stop the creature responsible. The police and her boyfriend, Inspector Connell Lonescu, are starting to question her involvement in the murders, which endangers her pack’s secret existence. But when her alpha kidnaps Connell, revealing the awful truth about the creature and its connection to the pack, Daciana must choose between saving the man she loves and saving her pack family from certain death. 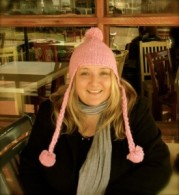 2 comments on “W is for Wulfkin”