R is for Royal Regard 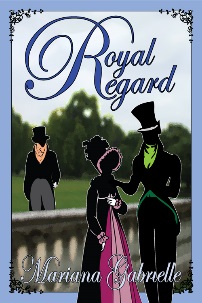 R is for Royal Regard by Mariana Gabrielle

After fifteen years roaming the globe, the Countess of Huntleigh returns to England with her dying husband. She soon finds herself plagued by terrible troubles: a new title, estate, and sizable fortune; marked attentions from the marriage mart; the long-awaited reunion with her loving family; and a growing friendship with King George IV.

Settling into her new life, this shy-but-not-timid, not-so-young lady faces society’s censure, the Earl’s decline, false friends with wicked agendas, and the singular sufferings of a world-wise wallflower. Guided by her well-meaning husband, subject to interference by a meddlesome monarch, she must now choose the dastardly rogue who says he loves her, the charming French devil with a silver tongue, or the quiet country life she has traveled the world to find.

Nicholas Northope always took notice when a lady whom he had never seen entered the room. However, it had been months, perhaps years, since the ninth Duke of Wellbridge had been so intrigued.

No spring miss, the newcomer’s face fascinated him: openly emotive, not the customary painted-on mask of genuine boredom. Eyes too close-set, a nose with character rather than charm, and cheeks more rounded than most, taken in total, he found her features captivating. She stuck out in the crowd of jaded aristocrats like a sunflower in a field of nettles.

She had assuredly spent time in foreign ports; he might assume Spanish or Italian blood if her hair weren’t brighter than a fresh-minted copper ha’penny. Her unfashionably dark face was curious, intelligent, and by the set of her jaw, probably opinionated. Yet, her shoulders hunched just slightly, as though she were afraid the entirety of the British aristocracy would collectively slap her face as soon as she walked through the door.

Free e-book of Royal Regard, .epub or .mobi. 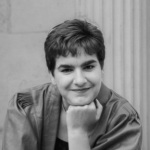 Mariana Gabrielle is a pseudonym of Mari Christie, a professional writer, editor, and designer with more than twenty years’ experience. Published in dozens of nonfiction and poetry periodicals since 1989, she began writing mainstream historical fiction in 2009 and Regency romance in 2012. In all genres, she creates deeply scarred characters in uncommon circumstances who overcome self-imposed barriers to reach their full potential. She is a member of the Bluestocking Belles and the Rocky Mountain Fiction Writers. Her first Regency romance, Royal Regard, was released in November 2014.

2 responses to “R is for Royal Regard”