L is for Lillie J. Roberts

Lillie J. Roberts writes amazing Fantasy and Paranormal Romance. And how about her fabulous covers? 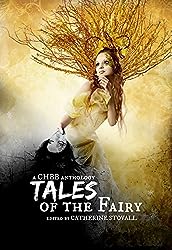 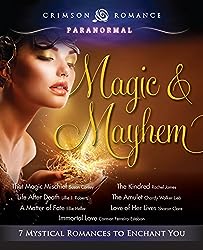 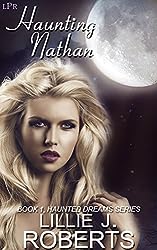 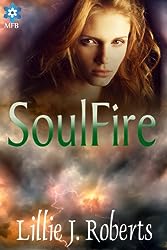 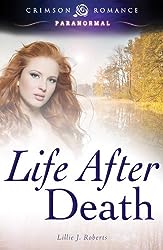 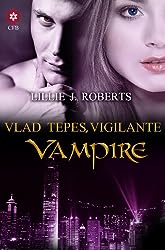 Chelsea Karmikel has led a pretty uneventful life…until she finds herself electrocuted. Now, she’s discovered her family’s secret heritage. She’s a seer of the dead, lending her sight to help those in need. Ghosts are her new reality.
Her mission is to encourage those who have lost their way to follow the Watchman, the crazed guide for the Inbetween . . . a way station where souls move from one existence to the next. But, there’s something deeper and darker than the ghosts who come to her for help. If Chelsea’s not careful, those eager to swallow her soul’s light may devour her alive. . . if she allows herself be drawn into the Nevernever.
When Brad Rearden, a darkly handsome, insufferable private detective walks into her life, he touches off a wild-fire of desire that entraps them both, scorching them with need.
Together, they work to solve the mystery of his Aunt Deloris’s death, because Chelsea’s next on the murderer’s list. But who will catch whom – the murderer or Chelsea?

Note: Magic & Mayhem is a collection of magical tales by Lillie J. Roberts and other Crimson Romance authors: Mix a touch of magic with a pinch of danger and stir in a hunky hero, and you have the perfect recipe for a love potion to make you swoon. These eight stories make for a delicious brew of paranormal romance:

Lillie J. Roberts is a multi-published, Amazon best-selling author who loves to read as much as she does to write. You can most often find her lost in her favorite genre, whether it be a hardback/paperback or an ebook (or maybe she’s writing one), especially on road trips. She writes Paranormal Romance, Urban Fantasy, Chillers/Thrillers, Suspense from Modern Contemporary to New Adult and YA.

She lives in central Illinois with her husband, three children, and one wild Westie (who is usually her reading partner, he also listens to all her new story ideas, almost always with a wicked sense of humor). She loves movies and listens to them while she writes, it doesn’t matter if they’re old or new, as long as they’re engaging. She loves all kinds of music, especially if it has a hard driving beat. You’ll find some on her favorite artists mentioned in the pages of her books.