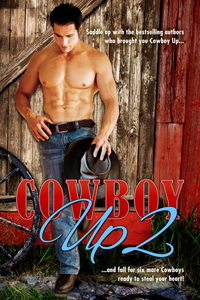 Freedom or family?  Only love can make the choice.

Photographer Alannah Murphy refuses to be tied down. She watched her parents struggle to hold onto their dairy farm until it killed them. The mere thought of the same fate makes her shudder. When she meets rancher Sterling Gentry she has to face her fears, or lose him.

Sterling Gentry longs for someone to hand his ranch down to. Like his father before him, he has sacrificed everything to hold onto the land his ancestors settled. But finding Ms. Right proves harder than he imagined. Then he meets Alannah Murphy with her big city ways. How he can ever take a chance with a woman exactly like his mother, who abandoned him when he was a child?

Despite their determination to stay the course they’ve each chosen, attraction pulls them together as steadily as a nail to a magnet. Can these two find a way to mesh Alannah’s need for freedom and Gentry’s desire to hold onto his land?

Still snapping photos, the woman approached him. When she came within speaking distance, she waved. “Hello.”

“Who the hell are you? And what are you doing in the middle of the road? Don’t you know better than to stand in the way when somebody’s herding stock?”

Her mouth opened and closed a couple times. “I didn’t think—”

“Hell no, you didn’t think,” Gentry shouted. “Damn it anyway.”

The shot? She’d ruined hours upon hours of exhausting work because she’d wanted a picture? Who the hell would do something so stupid?

Only a damn greenhorn.

For the first time he noticed her get-up. A straw hat only a city girl would wear, floaty pink top with tiny straps that left her bare shoulders exposed to the unforgiving Arizona sun, cut-off jean shorts and red cowboy boots. Daisy Duke personified. He shook his head in disgust.

Reality crashed over him.

The New York photographer his mother had enticed out here, hoping an article in The Cowboy magazine would bring attention to the Santa Gertrudis cattle they raised.